The zombie is a famous tropical cocktail to enjoy at the bar. The Barman Donn Beach created this cocktail in 1933 to serve at the fun-loving Hollywood bar in California. This summertime cocktail is a mix of rum and fruit juices, including passion fruit.

In the initial stage, Donn kept the recipe secret. So, his bar started getting more popular than the others. Though many bars tried to copy ingredients and produced a cocktail version, no one came close to the original one.

The taste of this cocktail is fascinating, and it is easy to make. Donn Beach had simplified the recipe so that it could even be made at home easily. So, let’s dive into the procedures to make a perfect zombie cocktail.

1. Gather all the ingredients mentioned above and measure them as directed.

3. Pour the cocktail using the strainer into a hurricane glass or tiki mug and garnish it with a mint sprig.

Apart from the original zombie cocktail, people started trying to make different variations, and here we will show you three variations that deserve testing. A good mixologists would know also some of the variations.

1. Berry’s book advised using 1 tablespoon brown sugar. The brown sugar should be dissolved in the lime juice before other ingredients. Although Berry didn’t mention to shake the drink well, it’s always recommended to shake well. So, the cocktail will not be overly diluted.

2. Dale Degroff’s recipe is also a popular one. To make the cocktail you need,

The procedures to make the perfect cocktail with Dale’s recipe are the same as we mentioned above. You just need some extra different ingredients to do it.

3. Gary Regan stated his recipe in the book “ The Joy of Mixology.” His zombie recipe is as follows

When to serve a zombie:-

The zombie cocktail can be served in many different ways to make your moment more enjoyable. Here are some- 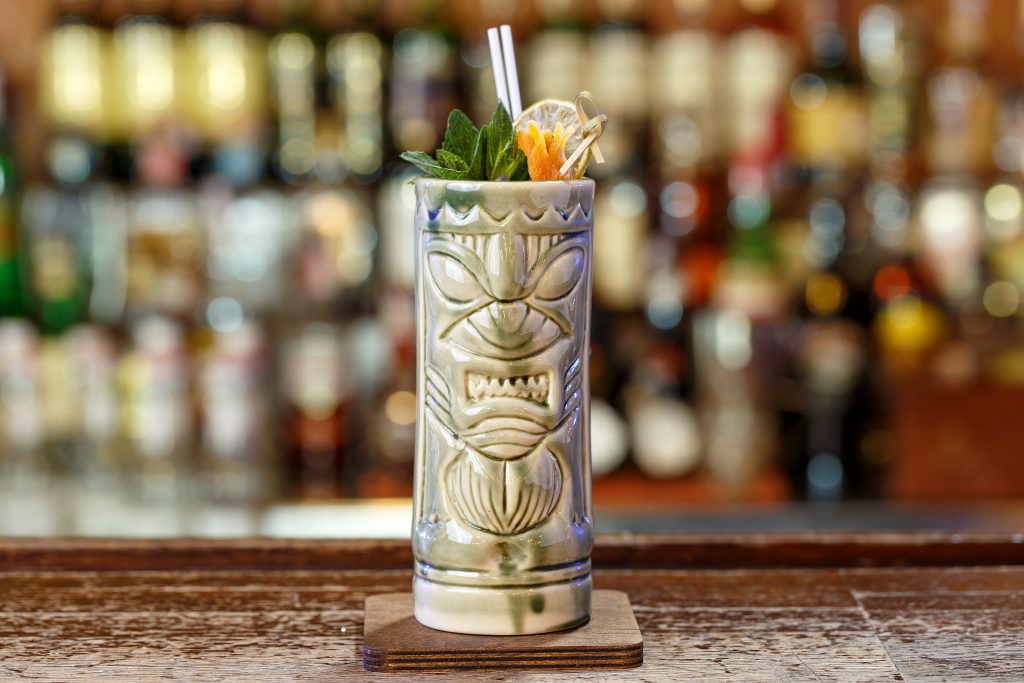 1. Who created the Zombie cocktail?

=> Donn Beach had created the zombie cocktail in 1934 at his Hollywood restaurant called the Beachcomber. He invented this cocktail for a business meeting for his customer. The customer repined that the drink was so strong, and it turned him into a zombie. From there, Beach got the idea of naming it.

Though it’s proven that Donn Beach invented this cocktail, many people tried to steal the credit. They demanded it to be their recipe, and they are the inventor. But with the passing time, the truth was proven because the main recipe was with Beach, and no one could steal that.

2. What is the difference between zombie and zombie punch?

3. How strong is the zombie cocktail?

=>  The zombie cocktail is undoubtedly potent. Beach used to limit two zombie cocktails to each customer because he was aware of the potency. So, don’t take too much to avoid being a zombie. Another halloween cocktail to try, would be a brain hemorrhage shot

Read more: Why Should A Bartender FreePour?